Flutter 2.2 announced at Google I/O 2021: Here Are All the New Features 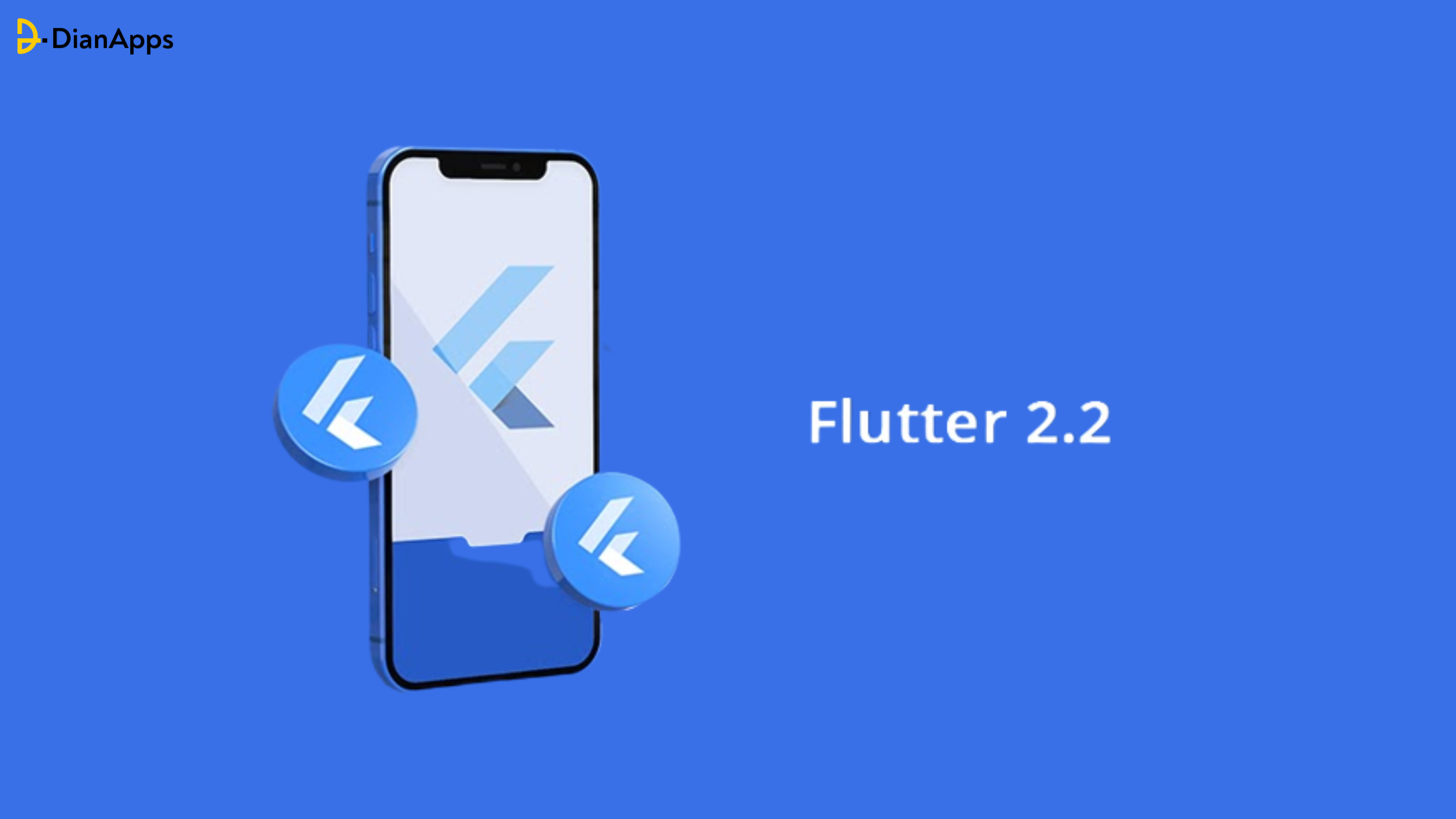 Flutter 2.2 announced at Google I/O 2021: Here Are All the New Features

Google I/O released yet another worthwhile invention–Flutter 2.2 in May 2021 and became the most popular in-demand open-source app development toolkit. The latest version installs many exciting features and improvements that have certainly made even Microsoft use the technology to expand its support. In fact, according to Flutter app developers, the new Flutter 2.2 unveiled opportunities like monetizing their applications with in-app ads and purchases, APIs that support new app capabilities, and cloud services that connect seamlessly, alongside various new tooling and language feature enabling developers to strike out the whole class of errors, intensify app performance and reduce package size.

As per the Google reports, over 5,00,000 applications have been deployed using the Flutter app development services and the count keeps on increasing every day. And boasts of 2 million developers who have already used the platform to develop apps. Popular brands like eBay, WeChat, My BMW, Grab, etc, are a few top entities that have taken the help of Flutter as their development toolkit.

Let’s have a deeper acquaintance with the cross-platform facet below.

Also Read: Why Should You Choose Flutter For Your Next App Project?

The Flutter 2.2 version focuses on development interface enhancements to help you deliver more dependable, standards-compliant applications to your users.

For future initiatives, sound null safety is now the baseline. Null safety protects against null reference occurrences and allows developers to declare non-nullable types in their code. Furthermore, because Dart’s implementation is sound, the compiler may omit null checks at runtime, increasing the efficiency of your programs. The community was fast to respond, with about 5,000 packages previously changed to provide null safety.

This version also includes several performance enhancements: for web applications, that provide background caching through service workers; for Android apps, Flutter supports delayed elements; and for iOS, the framework has been working on tools to precompile pigments to prevent or decrease first-run jank. The framework has also improved the DevTools suite with new capabilities that help you determine how capacity is managed in your applications, as well as compatibility for third-party tool plugins.

In particular, Flutter has been focusing on a few key areas of refinement, such as better web target compatibility.

In addition to that, the team Flutter also worked with other Google teams to incorporate Flutter into a larger developer stack. The framework continues to improve reliable services that assist developers in safely monetizing their apps. This release includes null safety and support for flexible ad layouts for our updated advertisements SDK. We’re also releasing a new payment plugin, developed in collaboration with the Google Pay team, that allows you to accept payment for physical products on both iOS and Android. In addition, we have upgraded our in-app purchases plugin and code lab.

With this let’s have a deeper look at Flutter 2.2 with all the newly added features and improvements.

Features and Improvements in Flutter 2.2

Flutter 2.2 has a number of enhancements, as does Dart 2.13. It contains the second most often requested feature type aliases, Dart FFI, an update on the null security measure, and so forth.

Any current type can be given a new name, which can subsequently be used instead of a configuration. Before Dart 2.13, users could establish a type alias for the code; today, this capability has been expanded to the parameters.

FFI is a method of invoking C code. In addition, FFI offers a new capability that allows users to wrap an inline collection in dart natively.

If you use Flutter 2.2 to plan in advance, it will now construct a project with null safety by the debtor. Because the majority of plugins have been mitigated to null safety, it is acceptable to convert the Flutter app to sound null safety.

Flutter now supports a variety of devices with various input types (touch, Mouse+Keyboard). Users may fully configure the keystrokes corresponding with text commands in this edition.

This functionality opens up more possibilities for Flutter app developers. For example, it allows users to send a text with the ENTER Key while also permitting them to create a new line with Ctrl + ENTER.

When the content exceeds the screen height, a scrollbar is immediately inserted in this edition. Prior to this version for Android and iOS, no scrollbar was dynamically created; the developer had to install it personally.

Flutter added scrollbar UI customization with this release. ScrollBarTheme allows you to alter the app-wide and per-screen ScrollBehavior.

Flutter 2.2 features a new plugin for adding Google Pay on Android and iOS, as well as a new ad format using the Android Advertisements SDK.

It is simple to build the payment process on both networks using the official Pay extension from the Google dev team. It is now easier than ever to monetize the app through in-app purchases, transactions, and advertisements.

Universal Windows Platform Apps have officially reached alpha in the development channel. UWP programs can run on a variety of devices that traditional Windows applications cannot, including Xbox. To activate UWP compatibility in the project, switch to the Dev version and configure the criteria. Browse its official website for further setup information.

The toolkit is vital since it is the final result that allows developers to create more resource-effective and error-free apps, and the Flutter team understands this very well. In this version, they have included two new memory tracking enhancements and a completely new tab for the ‘cloud service’ plugin.

Memory tracking enhancements enable developers to trace down where objects are deployed. Finding a memory leak in programming is quite beneficial. Another appealing feature of the dev tool is the ability to introduce custom messages into the memory timeline. Using this capability, the developer may determine whether or not he is cleaning up appropriately.

Flutter offered several changes to the web platform with this version. One of the most significant enhancements is the elimination of the double of main.dart.js. Previous to this version, the service worker downloaded the version, and the user had to refresh the page several times to view the alterations.

However, with a new service, consumers just need to wait until an update is downloaded before seeing modifications without having to manually reload the website.

Accessibility is another helpful aspect that is being improved. When employing transformations, the Flutter team has enhanced structural node position to bridge the gap between mobile and desktop web apps. This implies that when widgets are stylized with transformations, the focus box should display correctly over components.

If you are intending to create or transition to a Flutter or cross-platform app and want to take advantage of the new capabilities of Flutter 2.2, DianApps is a well-known Flutter app development firm that can assist you with its rare combination of skills and experience.

We have the necessary experience in creating innovative, powerful, and cost-effective Flutter online and mobile apps. We allow enterprise software development to take leverage of these capabilities with a proven record of best practices in Flutter for cross-platform app development, and our team of developers is always available for support. 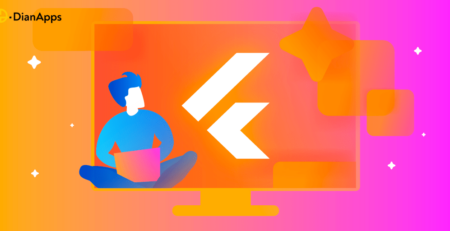 Voice search may have started as a little idea, but now it is most important in many industries. It... read more 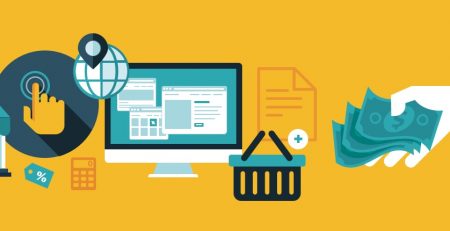 Are Consumers Changing their Way of Buying with the Advancement of Technology?

The internet is increasingly playing a pervasive factor in India’s commerce, and its influence is bound to expand both... read more 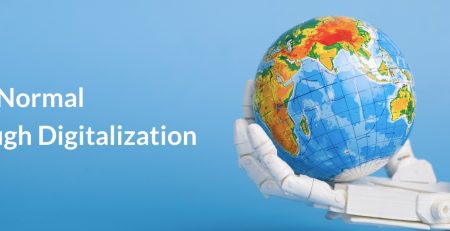 Business Sectors “Next Normal” Through Digitalization

As the pandemic closes down the physical world, everybody is expecting that the digital world will step in and... read more