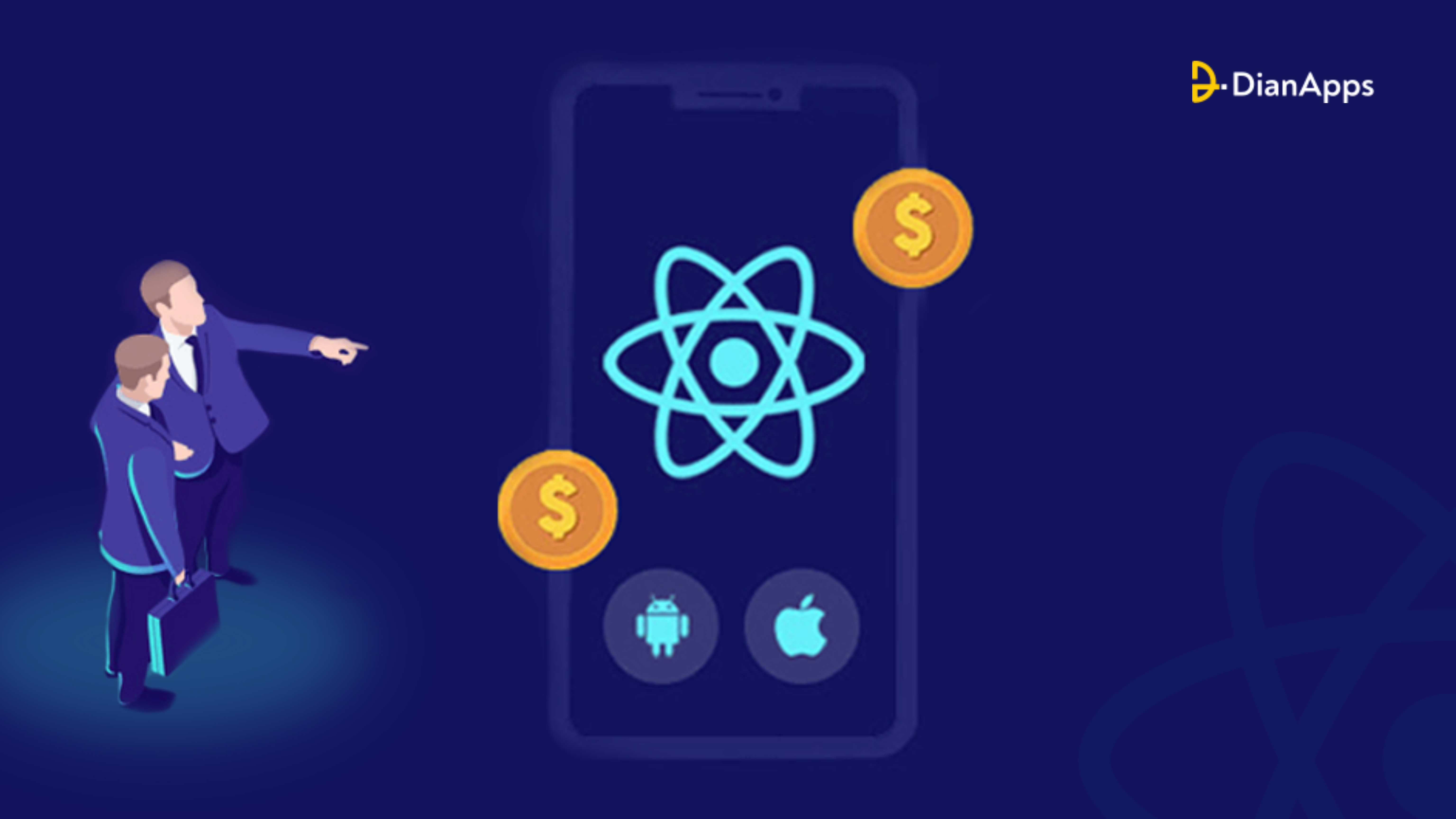 When we talk about modern technologies used in app development, it is growing significantly higher resulting in heavy development costs alongside risks of choosing the wrong framework. Isn’t that horrifying? Well, it takes a lot of resources and money to develop a top-class application that is quality-centered and performs well on multiple platforms, including Android and iOS.

Therefore, every aspect of mobile app development must be taken into consideration with the utmost care, this will not only help organizations save business costs and most importantly time. And when we speak of savings, what’s better than getting yourself cross-platform app development services?

Now, as there are many cross-platform frameworks in the market, picking the one suitable to your needs can be a challenging task to acquire. But to make it easy for you, the most preferred app development framework is React Native. As per the generated data from the Google Play Store & App Store, there are in account 14.85% of apps downloaded in the US that induced React Native as its development toolkit.

Amidst the popularity, it is always important to know the technicality, outcomes, and costs of its development, let’s know all of its factors here in this blog.

Google suggests, in general, it takes $15,000 to $300,000 dollars to develop an app using React Native. Nevertheless, this cost can vary as per any app’s feature lists, complexity, the total number of hours taken to write the code, charges of the hired developers, multi-platform runabouts, etc.

And that’s not it, the location of the React Native app development company also matters in terms of analyzing the overall cost of development.

Also read: Why should you choose React Native for your next project development?

How Much React Native App Development Costs: The Deciding Components

Every step in the creation of an app demands a dedicated team and extensive planning. Here is a list of the variables that influence the overall cost of developing a to react native app, ranging from selecting the special features to determining the size of the development team.

1. The complexity of the app

The three categories of Low Complexity, Medium Complexity, and High Complexity may be applied to every app currently available in the shops.

There are six elements that affect segmentation:

The cost to construct an app with React Native would be slightly greater than one without people joining up or signing in if you intend to develop a mobility solution that needs user login or authorization.

When we switch from one app category to another, a number of factors change, including the functionality available, security concerns, the quantity of real-time users, etc.

The price of React Native app development changes along with these complexities. For instance, a feature-rich mCommerce or on-demand app development service will cost significantly more than a standalone app with fewer features (like a timer or calculator).

The cost of developing React native apps increases as additional hardware is connected to your application. While creating an IoT application using the Native technique is still simpler, doing it using React Native is more difficult due to the associated development complexity, which raises the cost of total development.

A well-developed design approach with a well-articulated user flow that employs timed animation and transitions to go from one screen to another is necessary to ensure that users spend as much time as possible with your application. However, creating displays and experiences that are certain to keep people’s attention comes with a cost.

The most economical option when using React Native for app development is to hire dedicated react native developers. It won’t, however, be quality-effective. On the other side, the basic pricing would be quite expensive if you planned to work with a high-cap agency because that is how they make a living in the market.

A mid-cap firm whose basic hourly fee ranges from $30 to $50 would be ideal since there is a potential that they would be more receptive to an inventive app concept than to one with a high React Native app cost.

Pricing depends greatly on custom options. You could wish to integrate it with other social media platforms or provide add-ons if you want to release a customer-focused application.

How React Native Reduces the Cost of Mobile App Development?

There are many reasons to go for React Native, let’s see a few of the aspects that tune cost-effective measures while guaranteeing a better ROI.

With the help of React Native app development services, you can acquire all the program’s versions for the targeted operating systems at once, which lowers the cost of developing the application as well as the development time.

3. Use of existing frameworks

By providing them with a skeleton structure to build on, the React Native app development frameworks help developers complete their job more quickly.

Because they will be working with shared codes used to create applications for Android and iOS, mobile app developers will only have to perform a fraction of the effort they typically do when creating native apps.

A React Native app’s maintenance charges often cover design adjustments, bug fixes, and app updates, although these are not the only services provided. When using React Native to create cross-platform apps, you just have to deal with one codebase because only one app needs to be maintained for both iOS and Android app development. This streamlined cross-platform application and single codebase automatically simplify maintenance and lower the estimated cost of developing React Native mobile apps.

Developers can deliver apps more quickly with the help of React Native frameworks and component libraries like Xamarin, Lottie, Teaset, and many more, which ultimately helps your company.

Here are a few things that make the React Native app more expensive overall. While maintaining the scalability and durability of the software, understanding these elements might help you save expenses.

The performance of an application might also be harmed by using a uniform code for both the Android and iOS portions of the program. The majority of the time, the same codebase makes apps on naturally distinct platforms seem identical.

The one central point of difference that stands between React Native and Native apps is performance. The app quality that Native apps come packaged with uses in-device features and enable easy third-party integrations to improve the user experience. Bringing React Native to Native App’s standards is complicated with an attached cost.

Also read: Why use React Native for mobile app development?

While React Native comes with a low learnability curve, your developers will still have to invest time in getting to learn and perfect the nitty-gritty that the React Native frameworks come with.

Compared to Native apps, React Native app development offers less security, which can make a security breach a massive issue. The solution lies in investing in a team of QA experts specializing in cross-platform testing and maintenance.

When Should You Opt for React Native for Mobile App Development

When you already have native apps, you may move to the React Native platform. The total conversion process is simple and rapid since the platform enables code reuse.

One of the best methods to test your product concept on the market is to use a React Native platform to build an MVP. The overall time to market is drastically decreased since the cross-platform framework enables you to construct two applications fast without having to hire a sizable crew. Additionally, adopting the platform enables developers to swiftly modify the code in comparison to native apps.

One of the better frameworks for making rebuilding an application from scratch easier is React Native. The platform also aids in boosting developers’ overall productivity by enabling them to share sizable portions of their code.

If a company already has a web app, one of the most popular choices they may make for a mobile app is React Native. The code may easily be shared between the web, Android, and iOS, saving time and money overall.

Head on to read why React Native is good for web development.

The majority of companies want to have a mobile presence while maintaining high-performance standards. Listed below are a few explanations for why companies choose React Native app development:

One of the practical options for companies aiming for long-term success is mobile app development. However, the age-old conundrum of deciding between native software and a cross-platform app development solution still exists.

By using only JavaScript, the React Native framework enables the development of independent mobile apps. Additionally, powerful enterprises are utilizing its advantages without sacrificing performance or security.

Only with the assistance of skilled native mobile developers is this type of company improvement feasible. You may put things in perspective and get a clear understanding of the whole cost with the assistance of DianApps, a specialist React Native app development company. Contact our team right away if you have a compelling company concept. 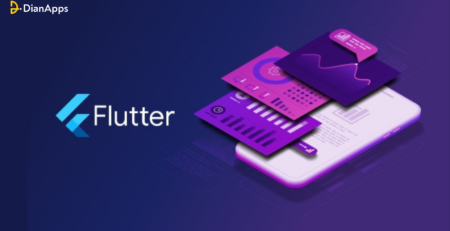 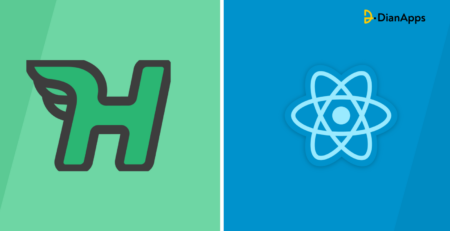 The release of React Native 0.70 version has without a doubt created a huge opportunity and scope for improvements... read more 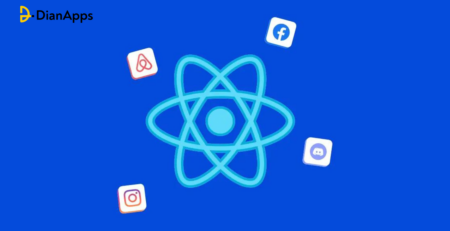 React Native is a JavaScript framework that has highly been used by the developer's community across the globe. Therefore,... read more 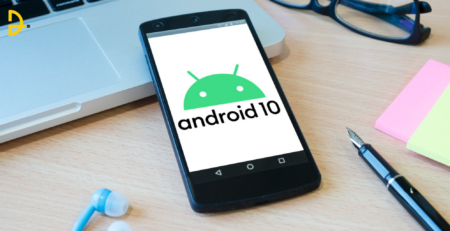